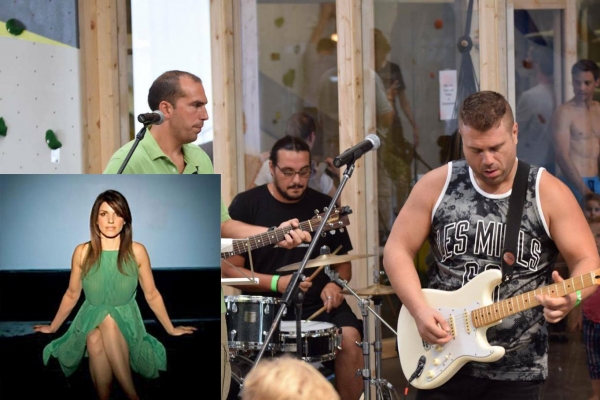 A versatile guitarist musician in all music genres allowing him to have a career in Athens playing as a session guitarist in all music genres,from being a hired gun next to the stars of Greek pop music scene to being a leader in bands playing from rock to the most progressive fusion styles,he appeared several times in national TV and contributed in many recording sessions, he has also won an international guitar competition as a youngster. He played near 700 shows in his career

Bree Sharp (born December 17, 1975)[1] is an American singer and songwriter influenced by rock, pop, and folk. As of the 2010s, she is the lead vocalist of the electropop band Beautiful Small Machines.