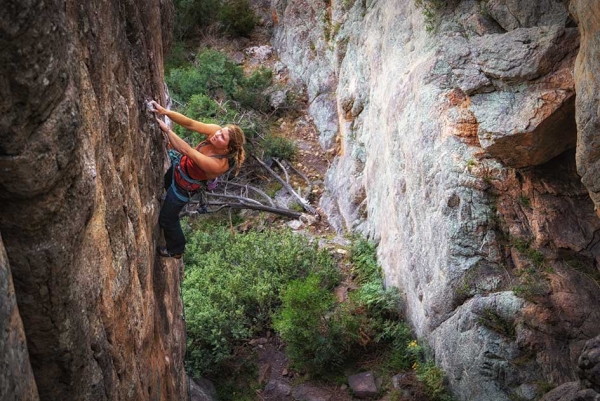 Hazel Findlay will be making a presentation during this year's festival.

Hazel Findlay has been climbing for 20 of her 26 years, and started out trad climbing on the limestone sea cliffs of Pembrokeshire. She dabbled in competition climbing - she was the British junior champion six times - but at 16 decided to give it up to focus on climbing on rock, especially trad climbing which is her main passion. Hazel has been a full time climber for the last four years, which has allowed her to travel all over the world climbing interesting pieces of rock.

Hazel was the first British woman to climb a trad route at E9, and free El Capitan in Yosemite, which she has now done three times. Hazel has also red pointed 8c and onsighted many 8as, loves all types of climbing from bouldering to alpine climbing and is especially interested in the mental challenge that climbing evokes.