We are very glad to announce our collaboration with Evolv Sports.

The CEO of Evolv Brian Chung and the Brand Manager Matthew Hulet will be attending this year’s festival.

Also, we are happy to announce the participation of the following Evolv Sports athletes (alphabetical order): 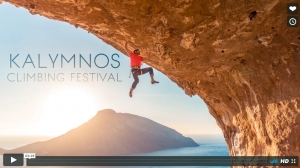 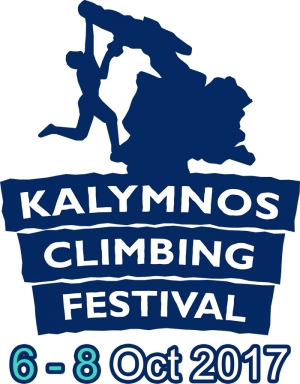 This year, the climbing  festival will take place on 6-8 October. Stay tuned for more details!

Published in Climbing Festival
Tagged under
Be the first to comment!
Read more...
Thursday, 27 October 2016 07:54

Check out some photos from Kalymnos Climbing Festival 2016!

Published in Climbing Festival
Tagged under
Be the first to comment!
Read more...
Wednesday, 05 October 2016 11:27 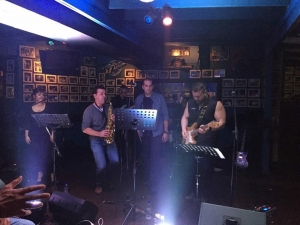 Published in Climbing Festival
Tagged under
Be the first to comment!
Read more...
Wednesday, 05 October 2016 05:03 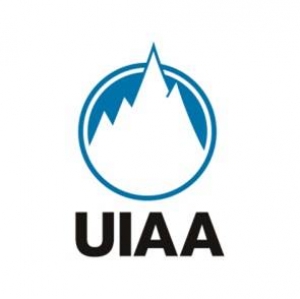 The UIAA (International Climbing and Mountaineering Federation) is proudly supporting the Kalymnos Climbing Festival 2016, as an institutional partner. Every year, the federation grants a Rock Climbing Award to both, a well-established and exemplary festival and its two best climbers, respecting gender quotas. For quite some time now, the UIAA has had an eye on Kalymnos Climbing Festival and is thrilled to recognize its organization and participants.

The UIAA expert and former British climbing champion, Anne Arran, will be present throughout the event to evaluate different aspects from “Climbing for All”, to safety, to environmental protection. Based on her assessment, she will grant the prestigious UIAA Rock Climbing Award during Sunday’s closing ceremony.

Published in Climbing Festival
Tagged under
Be the first to comment!
Read more...
Tuesday, 04 October 2016 17:55

The story goes, in Greece summer of 1984, Chaka Khan allegedly met a Greek sponge diver and had a little romance. It turns out the mysterious talk dark and handsome man was the Greek God Poseidon and he was never seen again. 1985, Taso was born, although Chaka Khan has no recollection of this night nor the birth and Taso was adopted by the sponge diving island of Kalymnos. Years later discovering his mermaid-like features and his love for dance music, it was a natural progression to become an electronic and house DJ producer.

Surrounded by the baron rocky island, a deep rooted sponge diving history, blue waters and his unexplainable burning desire to dig and learn about house, disco, funk, soul and reggae. Since discovering and recognising his destiny, Taso has kept club culture alive on the island together with his RELUVIN partner Sor for nearly a decade. Recognised as a unique boutique annual boat party, RELUVIN is internationally known for Kalymnos's independent dance music culture which has accomplished to a selected privileged audience who visit the island every year in summer, anticipating the RELUVIN experience. (www.facebook.com/reluvin)

You can find Taso at Kalymnos hot spots trying to to reconnect with his alleged mother and his recent work includes collaborations with DUST (Dubai), Nickodemus (Turntables On The Hudson, NYC), Electric Days (Dubai), Chloe (France), Manolaco (Blend Athens), Murat Kilic (Sydney), (Dj Angelo (Global Fantasy). Taso is an integral part of the development of new parties on the island, including a new festival programme launching soon. Stay tune for more mixtapes, remixes, releases and events.

It was the way to reconnect musically with his mate and other half of the band, Dimitris Kitsos (aka Sor)

Together are the power duo behind all happening with it.

RELUVIN for the island was the beginning of re-building the underground House community.

Now days the boys TASO+SOR working also on their own productions, trying to bring all their "djing" experience and feelings, into tunes.

RELUVIN was, is and always will be a big group of friends, having good times with real music. You make RELUVIN

Published in Climbing Festival
Tagged under
Be the first to comment!
Read more...
Tuesday, 04 October 2016 05:48

Professsional mountaineer Roger Schaeli will be making a presentation at Kalymnos Climbing Festival 2016. Be there!

Published in Climbing Festival
Tagged under
Be the first to comment!
Read more...
Monday, 03 October 2016 08:52

At the Zlagboard Contest you can test your finger power at its finest! Participate and compare your strength with the one of fellow climbing enthusiasts. The mode is simple: hang on to the contest ledges as long as possible, with just the tips of your fingers. Your hang-time is measured precisely and will be part of the official hang-time world ranking.

So far, there have already been 39 official Zlagboard Contest, among others at IFSC world championships, the Rock Master Arco and many more. The world ranking lists internationally known climbers and the hang-time record is held by Ramonet Julián Puigblanque with unbelievable 2 minutes and 44,34 seconds.

In the course of the Smart Climbing Festival Kalymnos, also the known Zlagboard Contest is taking place. After climbing, stop by at the Festival Base Camp, Hotel Elena Village, in the evenings of October 7th and 8th and hang on as long as you can!

The Zlagboard is the further development of a conventional fingerboard. With the corresponding application, an innovative training control is possible. Thanks to the patented mechanism the training device releases the sensors in smartphones und controls the training plans of the app automatically. The exact time measurement makes it possible to track performances and analyze results. The standardized sizes of the holds and the connection to social media makes it possible to compare and exchange performances with climbers from all over the world.

Published in Climbing Festival
Tagged under
Be the first to comment!
Read more...
Monday, 03 October 2016 08:14

Published in Climbing Festival
Tagged under
Be the first to comment!
Read more...
Page 4 of 6
BIGtheme.net Joomla 3.3 Templates
"The search for climbing paradise ends at the greek isle of Kalymnos"
Rock and Ice (Feb 2001)